Don’t be a virus

This should be the age of personalisation, where companies send communications that are both personal and personalised to each of their customers, as appropriate.

One of my favourite ways of doing that is using  Personality Insights Service (some may know of it by its previous name of Watson User Modeling), a service that allows you to understand a person’s personality, needs and values from a variety of inputs of your choice (such as Twitter, other social media, and even your recordings of customer calls).  These characteristics are categorised into approximately 50 traits (see an example diagram below), and you can use these to understand which of your products or services are most likely to be attractive to a person.  For example, someone who has a high score against “self enhancement” may be more likely to purchase products that would support that value. So perhaps they would be more likely to buy a clothing retailer’s designer or high quality ranges.  Or may be someone who is likely to purchase wearable technology for improving their health and lifestyle.

Of course, there are other ways to use social media data to personalise – such as through knowing what a person has liked in facebook, or when they are sharing information about events in their life in twitter, and so on.

That access to a customer’s social media data is surprisingly easy to get these days.  One study has shown that 38 percent of shoppers are willing to share their social handle.   Another way to tie a social network ID to a customer ID is to use a service such as that provided by Gigya that provides a customer identity management platform to register and identify customers across your sites and apps, using their social media accounts.

Unfortunately I’ve been hearing about some companies who are not applying any sort of intelligence at all.  They are simply using their access to a person’s social media ID to find out the IDs of that person’s contacts and spam them too.

Is that not what some email viruses do? Don’t they access your address book and then spam all your contacts to spread the virus further?

Don’t be a virus. 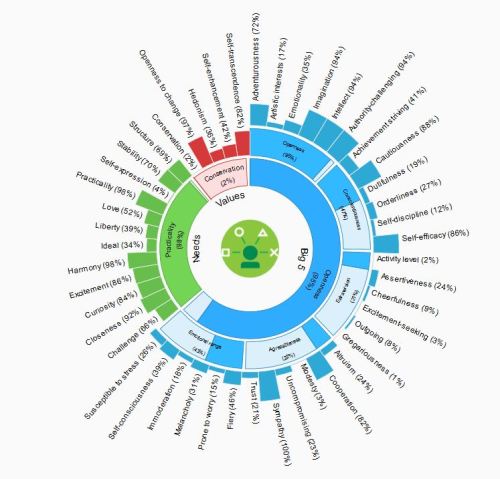 I confess that when the IBM + Twitter partnership was announced a few weeks ago I wasn’t quite sure what was new. We’ve been talking to clients for a while now about the value of social media data and using Twitter as a data source. But after a call with the IBM lead for said partnership it’s all a lot clearer.

Many organisations, including IBM, will talk about social media maturity in the context of analysing social media data.  (There’s also maturity in terms of sending and replying but that’s a different subject.)  The starting point is to listen: looking for mentions in social media about brand, competitors, products, and so on. That’s the sort of thing that perhaps something like Hootsuite or even Tweetdeck can be useful for.

Next there’s thinking: analysing the data you captured in listening.  And for some this will be purely understanding sentiment about brand, product and service.  And there are lots of tools out there that can help you with this, although – perhaps unsurprisingly – I believe the IBM set is probably the most advanced, especially when you consider the sophistication of our analytics, and the ability to find insight that is statistically relevant. (If you have time take a look at IBM Social Media Analytics.)

This leads nicely to the last phase of acting/doing: using your thinking to define actions such as changing product or services, or perhaps marketing strategy as a result.   For me it’s the application of advanced analytics technologies – such as Hadoop (IBM BigInsights), predictive analytics, and so on – that uncovers some very interesting insight, and identify necessary actions.   I’ve used a lot of buzzwords there, let me make it real.  So, for example, we worked with one client to help them understand how to grow their food attach rates and coffee sales.  We helped one client understand that to keep their investors happy they had to focus on their R&D mix, not their stock price as they had expected.  Another client was able to increase their cross- and up-sell opportunities by understanding upcoming life events such as marriage, birth and retirement.

Our technologies have been able to take social media data feeds from Twitter and many other networks, blogs and forums for a while.  In a way there’s nothing entirely new there.

This partnership is different because of what’s available to test our theories out.  That is, not everyone is sure that social media data really can be a useful source of information to them.  Hopefully some of the examples I’ve given suggest to you that it does have a variety of uses that lead to financial benefit – and customer satisfaction and loyalty and so on – but I suspect this blog is rarely enough to convince!  So, IBM will usually start with running a proof of concept (POC) project together with a client, to prove the value of the analysis, likely with the analytics technologies set up as a cloud service.   In this agreement with Twitter IBM has access to the full firehose of Twitter data, there is no limitation on what IBM will get, and it will include new tweets, as well as old ones.  This ensures that IBM can more accurately demonstrate value of the analytics to our clients.  There’s no guessing or caveats about what we found because of a restricted data set, or old data.  When we run such a POC we, of course, leave the insight with the client.  (But not the Twitter data.)

This is the only such agreement that has been made with Twitter and means IBM will also be training up an army* of consultants to be experts on the Twitter platform.

If you want to know more the IBM press release is a good place to start.

It was in the keys

Well, Andy Murray going out was a bit of a shock. I’m still quite sad about it. Having said, that, both Andy and Nadal getting knocked out earlier than expected does make it rather exciting too.

When I heard what happened I immediately went to the Wimbledon Slamtracker to see what the keys to the match had to say about it.

The IBM Keys to the Match system – which is part of SlamTracker – runs an analysis of both competitors’ historical head-to-head match-ups, as well as statistics against comparable player styles.  This allows it to determine what the data indicates each player must do to do well in the match. It does this using predictive analytics based on 8 years of grand slam data and 41 million data points.

SlamTracker said that Andy had to win more than 29% of first serve return points; and he didn’t.

It’s all in the keys.

(There’s a good article in Yahoo about it here.)